skip to main | skip to sidebar

Sitting in the office today and having too much time on my hand due to deactivating y Facebook and Orkut accounts yesterday, i was wondering what can i do with so much time. I browsed all the site i follow, read about all the cool gadgets being launched, the world news and still its just 10 AM.

I have no one to buzz from my huge list of friends, i have the IM still but that is not where i used to WASTE a greater part of the day. Was i addicted to facebook, was it even worth spending so much time on the stupid so called social-networking site, which if you think deeply is a eAntiSocial site. 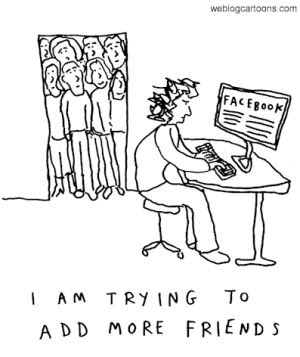 Isn't it strange that instead of actually meeting them in person, hanging out with them talking to them, people are addicted to sit at there systems and talk to them electronically. I have seen people staying together as roommate sitting in there own rooms and chatting on the FB comments, not even that i have even seen husband/wive doing the same even thought they are in the same house, moreover int he same room.

I am not against the social networking, cause there are good things to this, as i see people meeting long lost friends in foreign lands after many year, getting to know how they are doing and getting a chance to get back in touch with them, but apart from that i don't see any major benefit of such site. it a mere waste of time and effort. If you still done agree with what i am saying, try to analyze that you had a good life before you decided to create a profile on the site and even now what are the advantageous of being an active user on them; i will say nothing, nothing at all. thought there are advantages of being on site like linkedin where we get connected to people professionally, help in our career path, look for new positions and also get to know about the new technologies and methodologies in use these days, which is positive and highly recommended.

i got this image of Internet and it do remember me of some of the incidents that happened with me and the people i know who are were crazy about facebook. 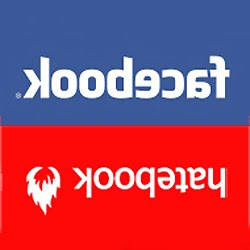 grl: i poked you yesterday. Why don't you poke back. You don't like me anymore?
Si it, are you seeing someone else.

Girl: why do you have to like or comment on all the updated by that "random" girl, and why does she does the same with you, is there something going on ?


And finally the Social networking disorder, please be careful!!! don't get under its spell.

UPDATE: Also not to forget the privacy concers from the social networkign sites that we have to bear with, you can read about those here: